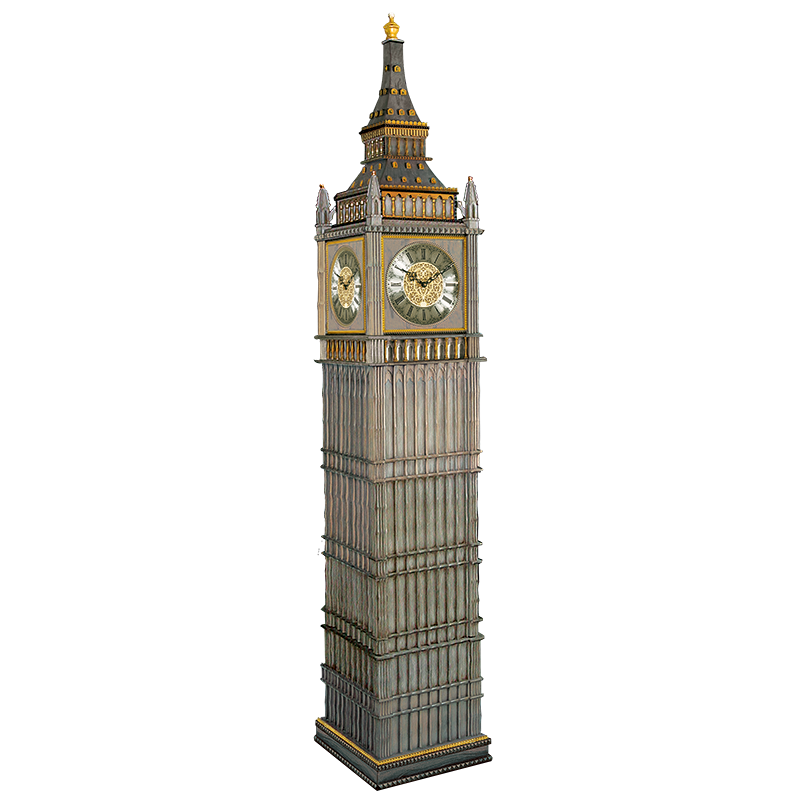 Unique and faithful reproduction of the Big Ben, in London. The real chime of that clock, known as the Westminster chime, has been the basic sound for every grandfather clock worldwide for 300 years. This model is enriched with hand-painted finish and 11 rubies. There is only one item available: for online customers the price is 20.500 € instead of 24.000.