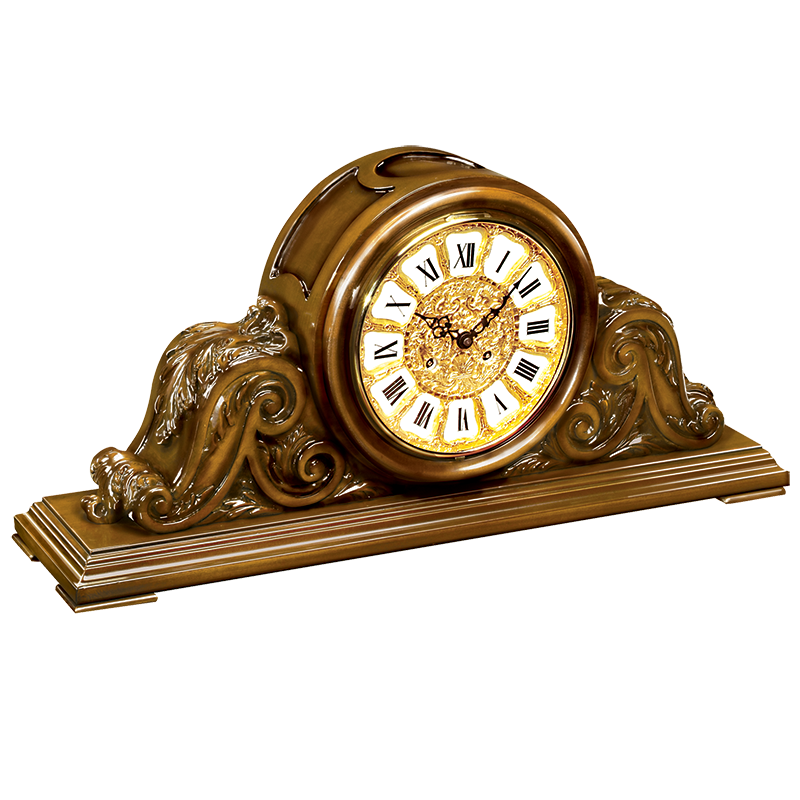 Antique table clock or mantel clock. Very British taste and American size: the big dial is like an eye in the middle, really fascinating over a fireplace. Richly hand carved by the artist Mancasola Pietro and fully detailed, but also delicate and elegant. Its value is around 4,000 €, but we are proposing it here at the special price of 3000 €.